A little while back I was cold-called by a company from overseas that developed an AI response program meant to replace actual call center agents. It was the first time I experienced anything like this, and I was a bit perplexed as to why they thought we would be goodcandidates for this product since our web-presence screams human-to-human marketing and sales.

Even so, my team members and I were curious to learn what we were up against, so we agreed to hear their demo. We learned the AI response program was designed to replace human inbound call center agents and telemarketers in an effort to gather information and set up appointments with prospects.

The sales rep from the AI company began the demonstration. The goal of the demo was to let us speak with the technology to test it in conversation. Before they brought the robot in, I was extremely curious, almost nervous because of Ididn’tknow what I was in for or what I was missing. A twinge of fear buzzed through my veins.

Could it be that “people” who cold-called me in the past trying to sell me their cloud solutions were actually artificial intelligence sales machines? Will I need to replace my team with humanoids? Do robots require comp packages and benefits? Holiday pay? You can see where the rabbit hole is going.

We listened as the voice at the other end began speaking to us, then replying. We looked at each other with recognition, almost immediately detecting odd lags in the computing speed of the AI brain as it tried to process, then respond to our questions. It was a dead give-a-way! I took a huge breath, and my heartbeat slowed. There was no comparison between the symbiotic beat of human-to-human conversation and AI’s attempt to compete. Phew. Humans win.

Now, I must say, the robot on the other end initially sounded like a human being, surprisingly. Kudos. However, no more than 2 seconds into speaking with the robot, I could hear the voice on the other line lacked the grace and flow of human spontaneity. As you would guess, there were inexact y statements and responses to our inquiries, massive pauses in simple dialogue, and an undeniable lack of trust driven from the innate nature of robots, maybe buried in our brains from years of dystopian Hollywood flicks.

Back to the interesting fact that this AI company would look to contact proudly human-based call team with such a proposal, and with standards so far below our own. Now, I’m not saying AI and automation don’t have their place in sales by any means, and we certainly have an interesting future ahead of us. If that robot is able to perform even a low level of functionality, there are some use cases to fit, but at the first point of contact, I would never trade an opportunity to develop trust in order to cut costs.

Even so, the mere fact that the stage which we dedicate to relationship building is being met with an attempt to duplicate human nature is the antithesis of sales in the 21st century.

While automation and AI is one end of the challenges with human-to-human sales, slimy salespeople are at the other and though we have finally started to move away from old school sales techniques of a past era, these pushy, aggressive tactics still resonate today. As we look to redefine sales for future generations, we’re exploring trust as a baseline assumption in the sales process, to form genuine connections with those looking for services to help grow their businesses, or dependable products that will add value to their daily lives.

While we are rising above techniques that hurt buyers in the past, ineffective AI is what we will be combating in the future. Our fight is not just against humanoids replacing humans in conversations, but also the elimination of humans completely from marketing, prospecting, and sales process; I.e. -marketing automation, chatbots, and automated directories.   AI isn’t intrinsically evil, but focusing on processes that disregard trust, neglect buyer experience, and decrease client and customer satisfaction rip the spirit of growth and prosperity from the human experience, and therefore from the economy as a whole.

AI robots in the human to human sales space shouldn’t even be considered an alternative option when you have the ability to train intelligent, empathetic human salespeople equipped with the abilities to understand individual needs, solve complex problems, and provide dimensional value to their prospects. Selling can become just as much a positive experience for the buyer as it is rewarding for the seller.

Superhuman Prospecting has been designed to fortify the human sales process as a service for businesses looking to grow their leads, appointments, and sales pipeline. While digital marketing, automation, and production that eliminates the need for people has its place, many digital marketing strategies are designed for the inbound interest that naturally tapers and plateaus. With outbound marketing and sales as a strategy, your destiny is in your hands. While more effort and activity is required for success, finding a formula that is scalable is at your fingertips. Outsource that effort and activity to Superhuman, and scale at-will.

Connect with the author
Let's Talk 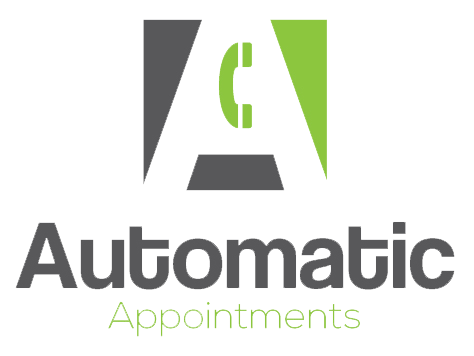